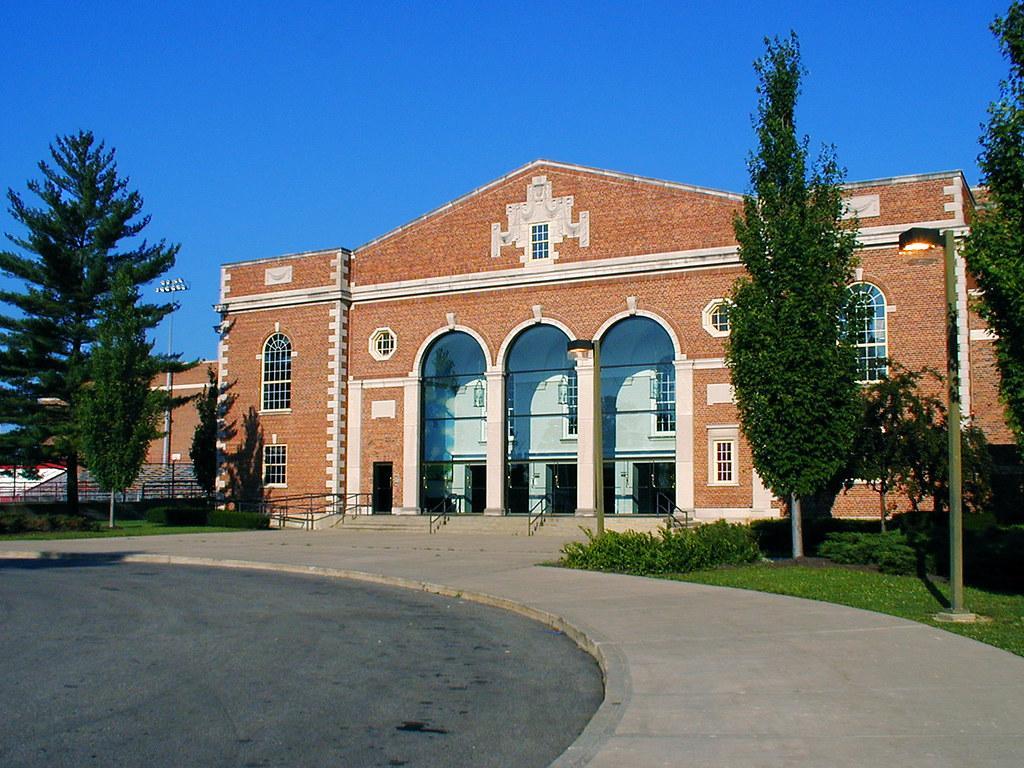 Civic Hall Performing Arts Center is owned and operated by Richmond Community Schools.  Civic Hall Associates, is the community partner of RCS and assisted in the renovation of Civic Hall as a performing arts venue and in coordinating the operation of it since its reopening in August 1993.

Civic Hall serves both Richmond Community Schools and the region of East Central Indiana and West Central Ohio as a performance venue.  Housed within Civic Hall are three classrooms that are used daily for band, choir, and orchestra classes.  Additionally, many after school extra-curricular activities take place in the facility.  Approximately 150 programs and rehearsals take place in the auditorium annually.  About one-half of these are school programs.  The funds to renovate Civic Hall were provided by school tax dollars and community-raised (non-tax) revenue.

The Proudly Presenting Series was developed to be part of the cultural landscape improving the quality of life for our region. Diverse professional performing arts events are presented as a community service to the region, to broaden cultural horizons, to be part of positive economic impact, and to provide entertainment and community outreach/educational opportunities. 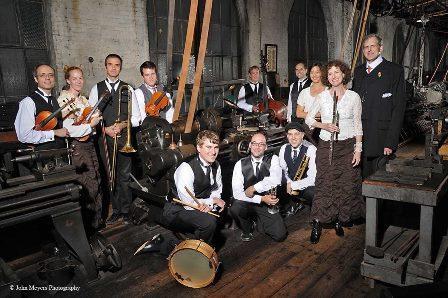 The Paragon Ragtime Orchestra is the world’s only year-round, professional ensemble re-creating “America’s Original Music” – the syncopated sounds of early musical theater, silent cinema, and vintage dance. The PRO came into being as the result of Rick Benjamin’s 1985 discovery of thousands of turn-of-the-century orchestra scores once belonging to Victrola recording star Arthur Pryor. In 1988 the Orchestra made its formal debut at Alice Tully Hall – the first concert ever presented at Lincoln Center by such an ensemble. Since then PRO has appeared at hundreds of leading arts venues, including the Ravinia Festival, the Smithsonian Institution, Chautauqua, the Brucknerhaus (Austria), the New York 92nd Street Y, and the American Dance Festival. In 1999 PRO’s music inspired master choreographer Paul Taylor’s new dance Oh You Kid! which was premiered at The Kennedy Center jointly by the Paul Taylor Dance Company and the Orchestra. In June, 2003 the PRO presented the premier of Rick Benjamin’s new reconstruction of Scott Joplin’s opera Treemonisha at San Francisco’s Stern Grove Festival. In 2005 and again in 2006, Paragon had the honor of being presented in Minneapolis’s Orchestra Hall as guests of the Minnesota Orchestra. 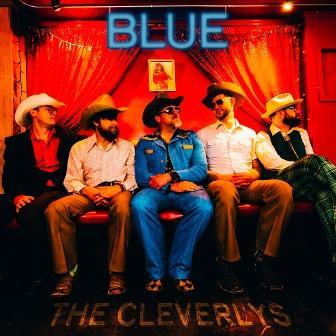 The Cleverlys are a one-of-a-kind comedy/music blend coming from the remote part of the Ozark Mountains, near Cane Spur, Arkansas.

Digger Cleverly, along with his nephews Ricky Lloyd, Sock, DVD and Cub, make up The Cleverlys. They have traveled the globe, if the globe only consisted of the United States, performing at music venues and some of the nation’s largest festivals like Stagecoach, Telluride, CMA Music Fest and even the Grand Ole Opry.

The New York Times wrote, “If Earl Scruggs, Dolly Parton, and Spinal Tap spawned a litter of puppies, it would be the Cleverlys.”

Don’t be fooled by this faux-family band – they are all accomplished musicians putting their unique bluegrass spin on cover songs from any genre.  The Cleverlys’ set list includes genius arrangements of tunes like Psy’s “Gangnam Style,” a medley of Blackstreet’s “No Diggity,” and Flo Rida’s “Low” that recently went viral on Facebook, with over 11 million views from a local TV appearance.

Rolling Stone Magazine says Digger’s “out-of-date eyeglasses are as thick as his hillbilly accent, but whose comic sensibilities are a hilariously off-kilter hybrid of Homer & Jethro and The Office.”

All Is Calm, The Christmas Truce of 1914 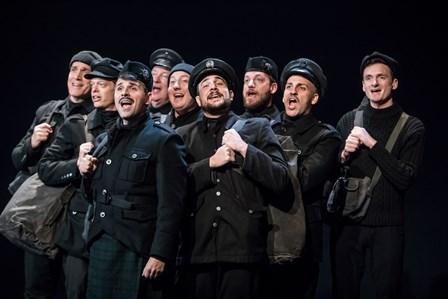 All Is Calm: The Christmas Truce of 1914 relives an astounding moment in history when Allied and German soldiers laid down their arms to celebrate Christmas together, sharing food and drink, playing soccer, singing carols and burying each other's dead. In some places along the Western Front the truce lasted a single night and in others it endured until New Year’s Day. This dramatic re-telling weaves together firsthand accounts by thirty World War I soldiers and music including patriotic tunes, trench songs and Christmas carols. This moving ode to peace was created by Theater Latté Da’s acclaimed artistic director Peter Rothstein with musical arrangements by Erick Lichte and Timothy C. Takach, produced in collaboration with Hennepin Theatre Trust. 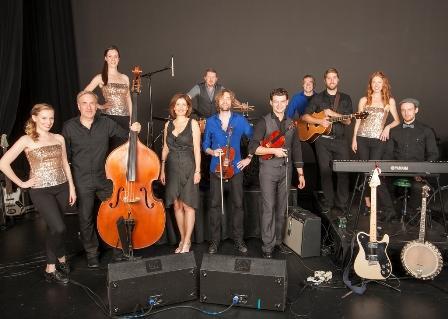 Welcome to The StepCrew, an unbelievable new show which brings together three styles of exhilarating dance forms – Ottawa Valley stepdance, Irish stepdance, and Tap. With virtuosic dancers and musicians from the likes of The Chieftains, Cherish The Ladies, and Bowfire, this cast of outstanding talent takes you on a dance journey as champions in their respective art forms showing audiences the amazing similarities and differences between these three captivating styles. As if dancing weren’t enough, The StepCrew boasts three world-class fiddlers backed by an amazing five-piece ensemble comprised of some of the most talented and respected musicians in the Celtic music scene today. 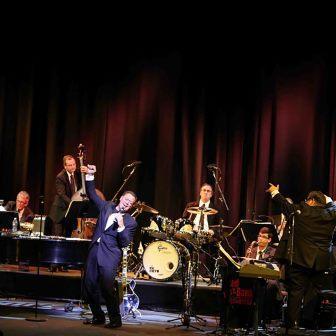 Joe Piscopo, Saturday Night Live cast alumni member, movie and national radio personality who stars in Performing Arts concert venues around the country is coming to Richmond, Indiana for one night only!

Live performances have always been an important part of Joe Poscopo's career. He has long been one of America's most popular comedy and concert entertainers, filling arenas and casino showrooms from coast to coast and Canada. Notoriously, Joe even has history performing at the prestigious Montreal Jazz Festival. Currently, Joe tours with his onw original Big Band tribute to Frank Sinatra, as well as his multimedia comedy show. Throughout his career Hoe pioneered some of the most innovative television commercials on the air. Starting with his unforgettable Miller Lite campaign to GNC, Bally's and even touting Ragu (with his Italian Mom's permission, of course!)

Joe won acclaim for his dramatic guest-starring roles on the NBC drama, Law and Order. He is a recurring guest on The FOX News Channel, he co-hosts The Columbus Day Parade each year in NYC with Maria Bartolomeo, performs for The Tunnel to Tower Foundation and frequents political shows like Tucker Carson. Today Joe is the host of the Joe Piscopo Show on 970 AM , The Answer, achieving the respect of being the most listened to radio show in the greater New York area.